Why are they important?

How do currents form?

What type of currents do we have?

To some these are just normal questions not much of importance, but to divers, marine biologist and anyone that survive from the ocean the above are important facts. Here is a bit of information on South Africa currents.

“South Africa is nestled between two currents, and two oceans:

The Indian Ocean has warmer waters due to the Agulhas Current that flows down from the tropics.

“The Agulhas Current is, like the Gulf Stream, one of the strongest currents in the world ocean. It carries warm and salty water from the tropical Indian Ocean along South Africa’s east coast. … “Surprisingly, one can follow the influence of the Agulhas Current right up to the North Atlantic Ocean.”

Ocean currents are formed by a range of sources: the wind, tides, and changes in water density, and the rotation of the Earth.

You can say that ocean currents acts like a conveyor belt by transporting warm water and precipitation from the equator toward the poles and cold water from the poles back to the tropics.

Ocean currents play an important role in controlling the climate and they are also very important to sea life as they carry nutrients and food to organisms that live permanently attached in one place, and carry reproductive cells and ocean life to new places. 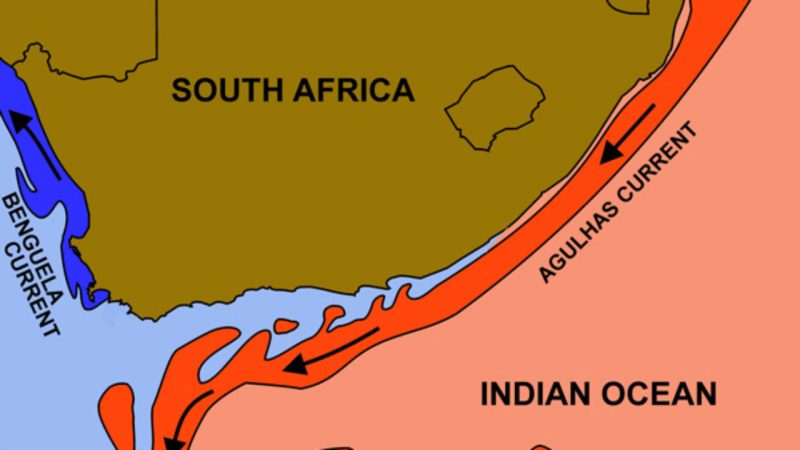